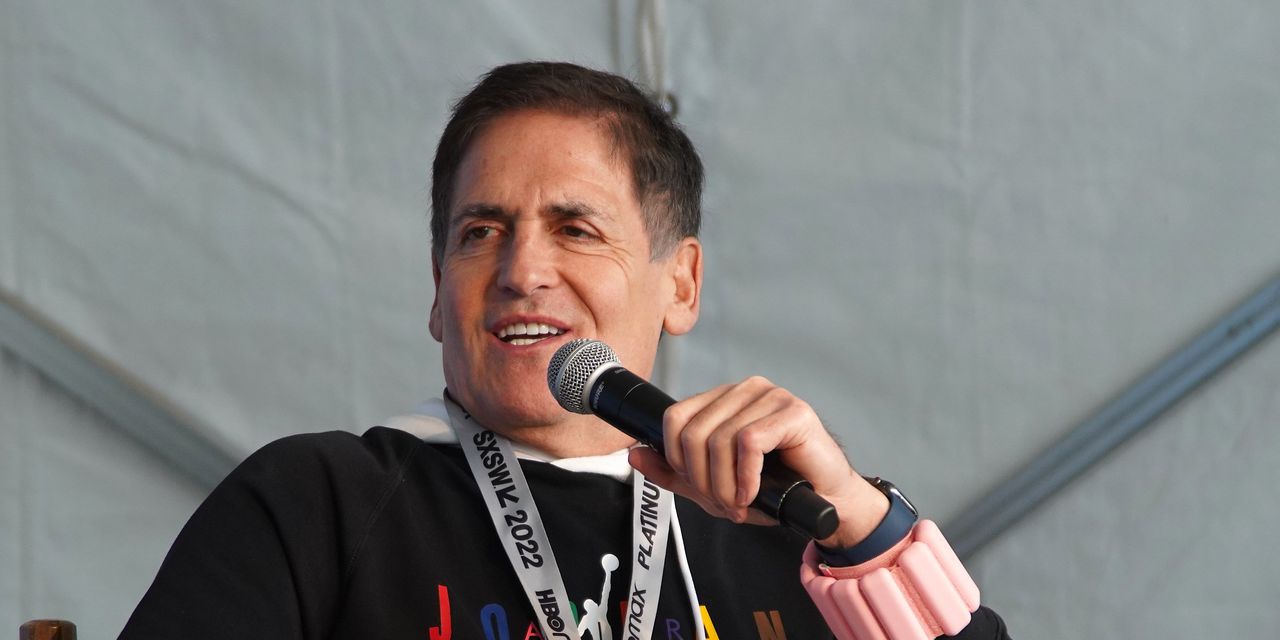 Mark Cuban, billionaire entrepreneur and owner of the NBA’s Dallas Mavericks, thinks that cryptocurrency is on the same downward trend that tech and internet companies hit in the early 2000s.

Bitcoin hit a 10-month low on Monday, and sales of non-fungible tokens, aka NFTs, plummeted between January and March 2022.

Cuban addressed the slump in a viral Twitter TWTR, -2.19% thread on Monday. “Crypto is going through the lull that the internet went through,” he wrote.

The comparison between cryptocurrency and the early days of the internet has been made by Cuban and others including entrepreneur Gary Vaynerchuk before. The dot-com bubble burst in 2000 after several internet-centric companies received high levels of investment speculation, only to eventually bottom-out.

Cuban sold his company Broadcast.com to Yahoo in 1999 for $5.7 billion, just before the dot-com bust. Broadcast.com has since been discontinued.

The billionaire Dallas Mavericks owner is heavily invested and interested in the crypto and NFT space. He claims to own several thousand dollars worth of bitcoin BTCUSD, +6.84%, ethereum ETHUSD, +9.51% and dogecoin DOGEUSD, +13.26%, according to a CNBC report, and also says that 80% of his investments that aren’t on “Shark Tank” are crypto-related.

But what’s next? While NFTs have exploded in popularity over the past few years, with creators like Beeple and NBA Top Shot selling NFTs for millions of dollars, recent NFT sales have plummeted as more creators flooded the marketplace. The average daily transaction volume on OpenSea, the largest NFT marketplace, was down more than 55% from January 2022 to March 2022, according to crypto data tracking platform Dune Analytics.

See also: The 10 most popular cities that Americans moved to last year — and four are in this one state

“I think that early on, you saw lots of new entrants who were enthusiastic about this, but didn’t necessarily have a grasp of the fundamentals, and I think the cooling is a reflection of that,” Jordan Birnholtz, co-founder at NFT marketplace Neon told Distributed Ledger.

Millionaire Vaynerchuk, who invested early in companies like Facebook FB, +1.32%, Twitter, Uber UBER, +3.19%, Snap SNAP, +4.26% and Venmo, told MarketWatch in July 2021 that he, like Cuban, sees NFTs and crypto following similar paths as the early internet companies in the late 1990s.

“I view NFTs exactly the way I viewed the internet in 1999. Internet stocks and their valuations were through the roof, prematurely, and a lot of things collapsed. Meanwhile, eBay EBAY, -0.90%, Google GOOG, -0.70% and Amazon AMZN, +1.48% were all there,” Vaynerchuk said.

Cuban said somethings similar in a now-deleted tweet last January. “Watching the cryptos trade, it’s EXACTLY like the internet stock bubble. EXACTLY,” he wrote. “I think BTC, ETH, a few others will be analogous to those that were built during the dotcom era, survived the bubble bursting and thrived, like AMZN, EBay, and Priceline. Many won’t.”

Cuban’s latest crypto comments on Monday came as prices for many cryptocurrencies were plummeting. Prices for bitcoin were hovering around roughly half its November peak at $32,000. Prices for ethereum are down 24% over the last three months, and down 39.2% over the last 12 months.