The crypto market is looking awfully wintry these days. Bitcoin is down more than 70% from last year’s highs. Across all cryptocurrencies, the recent crash has wiped out nearly $2 trillion. As billionaire FTX CEO Sam Bankman-Fried recently put it, “people with money are scared.”

There’s certainly more fear coursing through the crypto market than at this time last year. But there’s also still a vein of healthy optimism. Investors are still pumping huge sums of cash into crypto startups, confident that the past few months are just the latest downturn in a years-long cycle of booms and busts rather than any sort of crypto Armageddon. 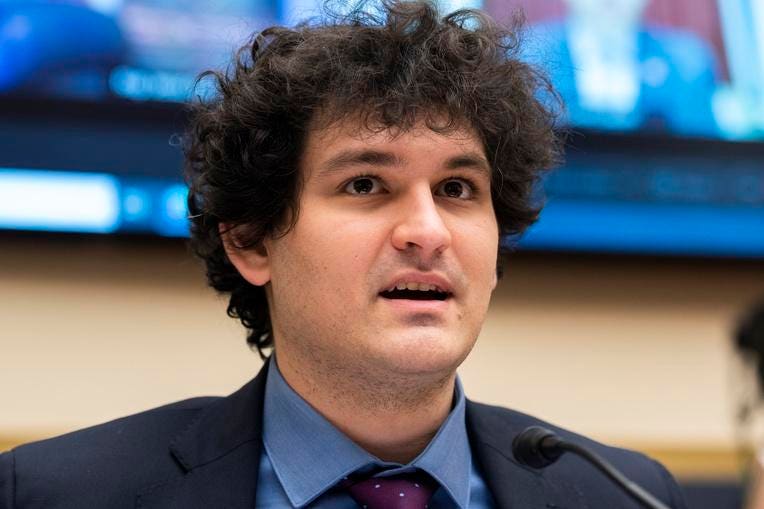 Sam Bankman-Fried of FTX has emerged as one of crypto’s most prominent proponents. CQ-Roll Call, Inc via Getty Images

FalconX, a brokerage startup known for offering crypto derivatives trades to institutional investors, raised $150 million in Series D funding this week, resulting in an $8 billion valuation—up from a $3.5 billion valuation last August. My colleague Rosemarie Miller has more on the investment, which drew participation from the likes of GIC, Thoma Bravo and Tiger Global.

For Raghu Yarlagadda, the founder and CEO of FalconX, the involvement of those major names amid a chilly market has clear implications. “What that signals is that excitement towards the mid to long term of crypto,” he told Rosemarie.

The same day FalconX announced its new nine-figure funding, another crypto startup did the same. Prime Trust, a provider of various crypto custody and infrastructure services, hauled in $107 million for its Series B round. My colleague Nina Bambysheva took a closer look at Prime Trust’s plans for the new capital, which include making it easier to invest retirement funds in cryptocurrencies.

Another crypto-fueled startup raised its own mega-round earlier in the week, as Magic Eden closed a $130 million Series B round at a $1.6 billion valuation. Magic Eden operates a Solana-based marketplace for buying and selling NFTs; as my colleague Maria Gracia Santillana Linares notes in her story, it’s now the third NFT marketplace to be valued at more than $1 billion, joining OpenSea and LooksRare.

Three months ago, Magic Eden raised $27 million in Series A funding at a valuation of just $77 million, according to PitchBook. The broader NFT market may be in a tailspin—as of May, weekly sales had declined more than 90% from last year’s peak—but that backdrop hasn’t stopped Magic Eden from achieving some explosive growth.

Yet another crypto startup revealed its plans this week for a different kind of fundraising. Roxe, which facilitates blockchain payments, announced plans to go public by merging with a SPAC, raising as much as $57.5 million in proceeds (although likely much less, due to investor redemptions) and resulting in a $3.6 billion enterprise valuation.

This is the second time in the past six months Roxe founder Haohan Xu has lined up a SPAC deal: In January, Apinify, a crypto trading platform also founded by Xu, agreed in January to go public at a $530 million valuation.

Compared to last year, the crypto market may be down in the dumps. But everything is relative. Two years ago, when bitcoin was trading for less than $10,000, the prospect of reaching $20,000 might have been considered a roaring success. The flood of recent startup fundings is a sign that investors think this is still just the beginning for the crypto market, rather than the beginning of the end.

Investing in private equity has historically been the domain of large institutions or very, very wealthy individuals. In recent years, though, the industry has identified its next big growth area: Individuals whose net worth is seven or eight figures instead of nine or ten.

Private equity has its eye on retail investors’ savings. getty

This pursuit of wealthy retail investors is picking up steam, according to a story published Thursday by my colleague John Hyatt. The pitch for investing in private equity has always been that it creates better returns than a portfolio centered only on stocks on bonds—although some researchers and experts aren’t sure whether that promise jibes with reality. Amid the current market downturn, with stocks of all sorts on the decline, the potential for better performance in alternatives grows even more appealing.

“There is a sense among investors, broadly, that there are gains and opportunities in private equity and private credit that until recently, have not been available,” says Mercer Advisors chief investment officer Donald Calcagni.

Want more on private equity’s push into retail? Here’s a look at why some private equity retail products have disappointed investors, and here’s a story on a startup trying to make it easier than ever for everyday investors to get into PE.

Bain Capital has been in the buyout business for nearly 40 years. It launched its Bain Capital Ventures arm more than two decades ago to branch into early-stage investments. But until recently, there was still a gap: Bain had no fund family focused on the sort of growth deals that often serve as a bridge between early startup investments and acquisitions.

So in 2020, the firm launched Bain Capital Tech Opportunities, closing its first fund on $1.25 billion. And this week, the unit was busy pursuing some, well, tech opportunities.

Bain is reportedly aiming to raise some $1.5 billion for its second tech opportunities fund. getty

In one deal, Bain Capital Tech Opportunities led an investment of €590 million ($621 million) in SumUp, valuing the British fintech startup at €8 billion. Separately, the unit pumped $150 million into Atacama, a Canadian data management startup. All in all, Bain Capital Tech Opportunities has now made 20 investments over the past two-plus years, according to PitchBook.

The SumUp funding is particularly interesting. Eight billion is a big number, but it’s not as much as €20 billion, which was the valuation SumUp was reportedly seeking earlier this year. The fact that it fell so far short is the latest sign of new valuation pressures on European startups and major fintech startups. SumUp happens to check both boxes—as does Klarna, which is reportedly facing a potential $30 billion valuation decline with a new funding round.

Not all European startups, though, are having to downsize their valuation ambitions. Personio, a Munich-based creator of HR software, announced a $200 million extension to its Series E round at an $8.5 billion valuation, up from a $6.3 billion valuation when it unveiled the initial $270 million tranche of the round in October.

Greenoaks Capital led that initial funding, and it also led this week’s extension, with major names like Accel and Index Ventures also taking part in the overall round. The deal continues some very rapid growth for Personio: It was valued at $1.1 billion with a Series D round in early 2021, and it was worth less than $500 million as recently as 2020, according to PitchBook.

What’s been behind that rapid growth? And how does Personio’s situation compare to other European unicorns like Klarna? My colleague Iain Martin has the full story on the funding.