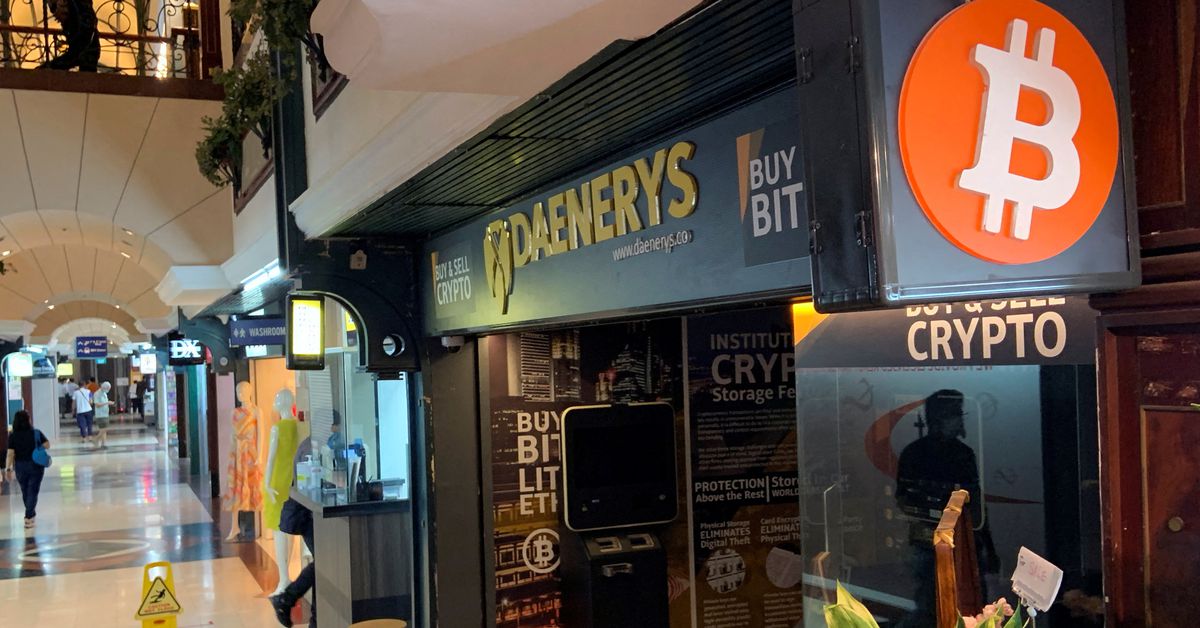 A Daenary’s and Co cryptocurrency ATM booth is pictured in Singapore, after the crypto ATM operator in Singapore said they have ceased crypto trading services on their five crypto ATMs to comply with Monetary Authority of Singapore (MAS)’s new guideline announced on Monday, January 19, 2022. REUTERS/Edgar Su

SINGAPORE, Aug 29 (Reuters) – Singapore is planning to roll out new regulations that will make it more difficult for retail investors to trade cryptocurrencies at a time when they seem to be “irrationally oblivious” about the risks, its central bank chief said.

Ravi Menon, managing director of the Monetary Authority of Singapore (MAS), said at an event on Monday that despite warnings and measures, surveys show that consumers are increasingly trading in cryptocurrencies globally, not just in Singapore, attracted by the prospect of sharp price increases.

“They seem to be irrationally oblivious about the risks of cryptocurrency trading,” he said

“Adding frictions” on retail access to cryptocurrencies was an area the MAS was contemplating, he said.

“These may include customer suitability tests and restricting the use of leverage and credit facilities for cryptocurrency trading,” he added at a seminar titled “Yes to digital asset innovation, No to cryptocurrency speculation.”

Singapore’s welcoming approach has helped the financial hub attract digital asset services-related firms from China, India and elsewhere in the last few years, making it a major centre in Asia.

But recent defaults of some global cryptocurrency-related firms based in Singapore, many of which are not subject to the financial regulator’s guidelines on consumer protection or market conduct, has triggered worries about tighter regulation.

The MAS will seek public feedback on its proposals by October, Menon said, adding that reviews are ongoing by regulators globally.

In January, the MAS issued guidelines to limit cryptocurrency trading service providers from promoting their services to the public.

About 180 crypto companies applied for a crypto payments licence to the MAS in 2020 under a new regime but Singapore has handed out only about two dozen licences so far after an elaborate due diligence process that is still going on.