One of the main narratives of hope for cryptocurrency investors is that there will be a major shift in public perception that sparks a new wave of capital from retail and institutional traders.

Unfortunately for these hopeful bulls, data indicates that the opposite has occurred for nearly a year, a fact evidenced by the declining rate of searches for the term Bitcoin (BTC) on Google.

A similar pattern is seen when looking at the search interest for the top smart contract platform Ethereum (ETH), which saw its peak interest occur during the second week of May 2021, and has been on the decline ever since. Search interest for Ethereum is currently at its lowest level since December 2020.

Based on this information, it could be time for crypto investors to reevaluate where the next major lift to the market will come from because it is clear that retail interest is tied in large part to big price movements. 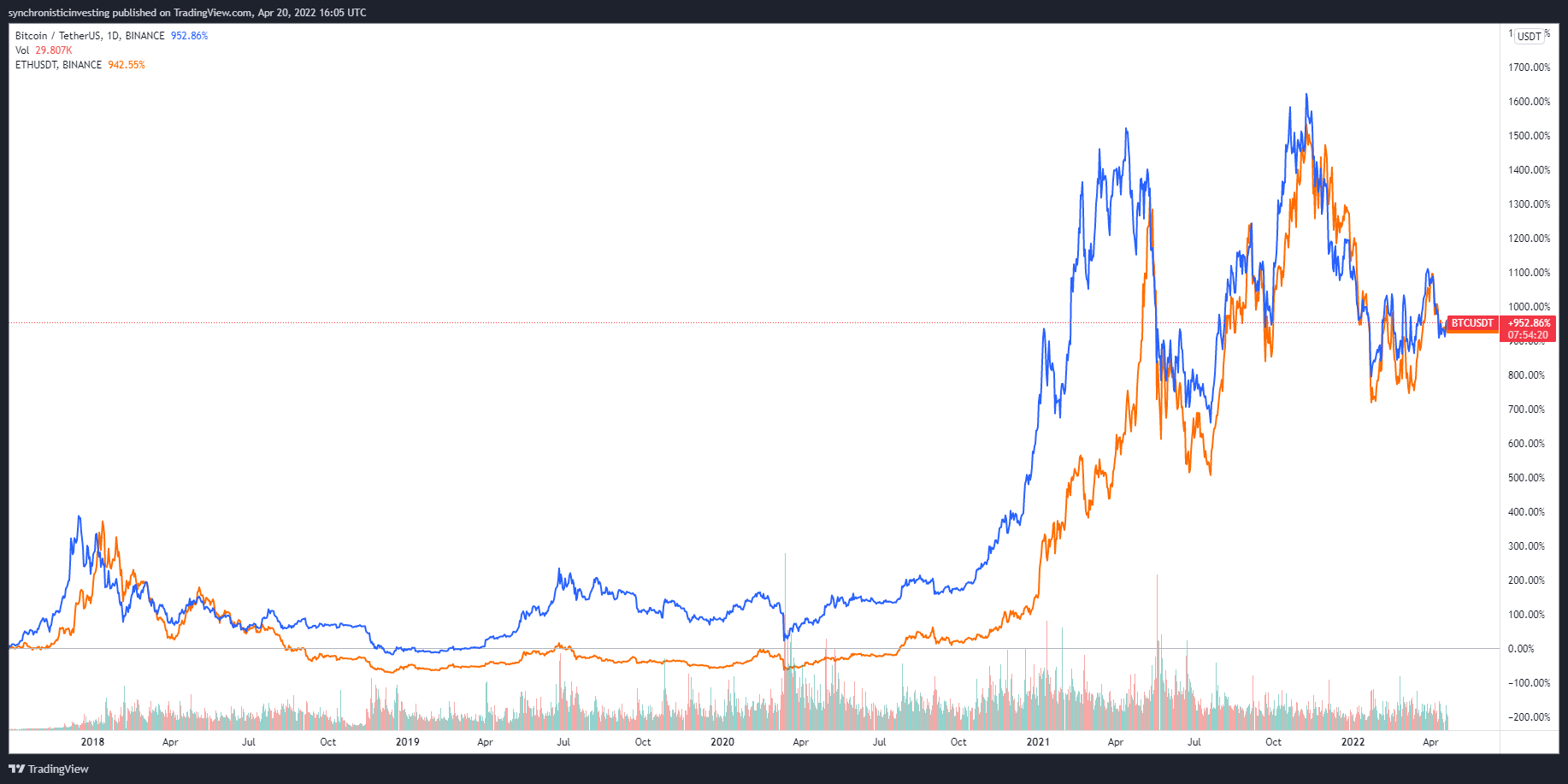 Further evidence for the declining interest in cryptocurrencies can be found when looking at the total exchange trade volumes on major exchanges. According to data from Blockchain.com, this metric was at $165.8 billion on April 19, its lowest level since October 2020.

Growth in the decentralized finance (DeFi) sector and decentralized exchanges (DEXes) has likewise been on the decline, according to data from Dune Analytics.

As shown on the chart above, the volume on DEXes is currently below the amount traded in January 2021 when the bull run was just getting started and the DeFi sector as a whole was breaking out.

The one source of hope across the cryptocurrency ecosystem can be seen in the nonfungible token (NFT) sector, which has begun to see an increase in the daily trading volumes at OpenSea, the largest NFT marketplace, after bottoming out in early March, according to data from Dune Analytics.

As activity in the NFT markets begins to rise, so too have the floor prices of some of the top projects, suggesting that the momentum for the NFT sector is building. This could be due, in part, to the attention that projects like Bored Ape Yacht Club and its recently released ApeCoin (APE) have been getting in the mainstream press.

It remains to be seen if the hype and speculation being generated in the NFT market can broaden into increased inflows to the cryptocurrency ecosystem as a whole or if the nascent sector is destined to flame out like the ICO boom / bust cycle in 2017–2018.

On the mainstream adoption front, it appears as though crypto investors are still looking for that killer DApp or use case that will kick off the next round of widespread inflow to the market.

The views and opinions expressed here are solely those of the author and do not necessarily reflect the views of Cointelegraph.com. Every investment and trading move involves risk, you should conduct your own research when making a decision.