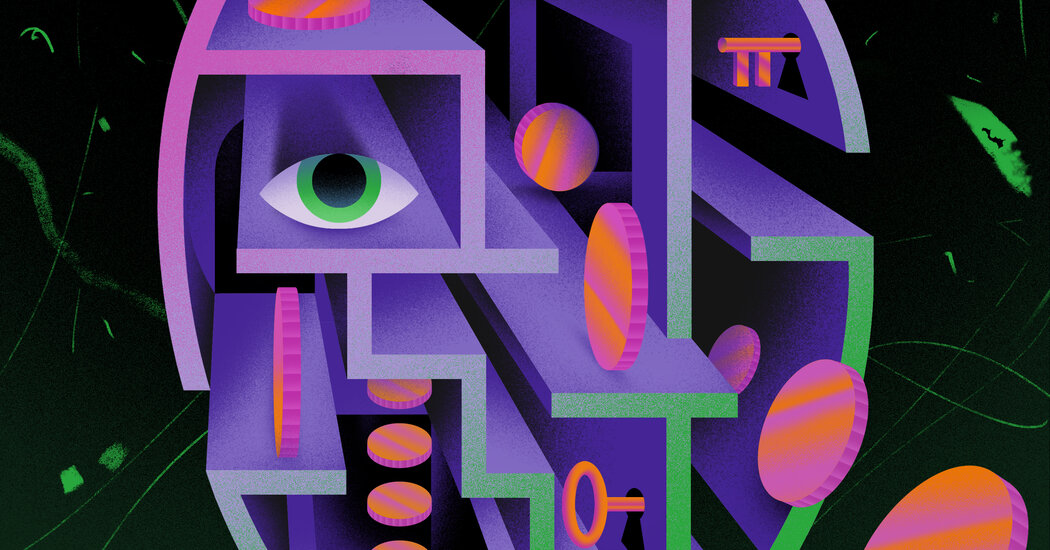 At work, he makes one exception to the secrecy. On calls with clients, he often uses his actual first name to introduce himself, concerned that traditional business executives may be uncomfortable working with someone known simply as Legend.

Over the last year, the venture capital firm Paradigm has also hired engineers and researchers who operate anonymously; they appear on the company’s staff page under pseudonyms. The most recent hire was a crypto engineer who goes by Transmissions11 and attends high school “in his spare time,” according to his company bio. (Jim Prosser, a Paradigm spokesman, said the employees’ bosses knew their identities.)

In interviews, anonymous crypto entrepreneurs and engineers offered a variety of reasons for concealing their names. Some feared that a regulatory crackdown could put them in the cross hairs of law enforcement. Others said they disliked the attention or worried that their growing wealth could make them targets for thieves and hackers.

Some venture firms are willing to invest in them anyway. Last year, 0xMaki, a developer who helped run the prominent crypto project SushiSwap, raised $60 million from a group of venture investors, including Ms. Wu, without disclosing his real name to them. (The deal fell through after members of SushiSwap — a so-called decentralized autonomous organization, or DAO, in which individual investors hold significant sway — raised concerns about the funding.)

A Guide to Cryptocurrency

A glossary. Cryptocurrencies have gone from a curiosity to a viable investment, making them almost impossible to ignore. If you are struggling with the terminology, let us help:

Bitcoin. A Bitcoin is a digital token that can be sent electronically from one user to another, anywhere in the world. Bitcoin is also the name of the payment network on which this form of digital currency is stored and moved.

Blockchain. A blockchain is a database maintained communally, that reliably stores digital information. The original blockchain was the database on which all Bitcoin transactions were stored, but non-currency-based companies and governments are also trying to use blockchain technology to store their data.

Coinbase. The first major cryptocurrency company to list its shares on a U.S. stock exchange, Coinbase is a platform that allows people and companies to buy and sell various digital currencies, including Bitcoin, for a transaction fee.

Crypto finance. The development of cryptocurrencies spawned a parallel universe of alternative financial services, known as Decentralized Finance, or DeFi, allowing crypto businesses to move into traditional banking territory, including lending and borrowing.

Last summer, the anonymous founder of Alchemix, another major crypto project, raised $4.9 million from a group of venture firms led by CMS Holdings. Dan Matuszewski, a founder of CMS, said he never asked the project’s leader, who uses the pseudonym Scoopy Trooples, to reveal his identity.

“A lot of these guys have reputations from over the years,” Mr. Matuszewski said. “It doesn’t seem like it makes a ton of sense for them to run off and abscond with the funds.”