Bigger players haven’t figured out peer-to-peer crypto either. PayPal and Venmo (which PayPal owns) have claimed to support crypto since early 2021. But a closer look at their services reveals that though the platforms allow US customers to buy, sell, or trade crypto—invest, basically—they can’t send crypto to other users or pay directly with coins. PayPal users who qualify can use crypto for purchases only by first converting it to fiat currency. If “the future of money is here,” as Coinbase claims on its website, apparently there’s not much regular people can do with money in the future.

Despite the fact that it’s difficult to spend cryptocurrency, it’s still pretty easy to lose it, and as the industry grows, so do the losses. Without the protections set up in traditional financial systems (such as the Know Your Customer, or KYC, protocols that require identity verification for financial transactions), fraudsters cost crypto investors—mostly individuals like the targets of all those ads—more than $14 billion last year, almost twice the amount lost the previous year. The losses keep mounting. In late March, for example, Sky Mavis reported that a hacker had stolen cryptocurrency then valued at $625 million from the blockchain behind its pay-to-play game AxieInfinity.

Even if their wallets are not hacked or their crypto assets liquidated, individuals face risk from the extreme volatility of crypto markets; Bitcoin’s value dropped more than 20% in a single day multiple times in just the past six months.

The estimated worth of Binance CEO Changpeng Zhao at the end of 2021.

“I worry about access; I worry about misuse,” says Afua Bruce, a social policy and technology expert and the author of The Tech That Comes Next. “When we’re developing new technologies, we have to figure out who are the communities we’re building for. Can they use it? What does sustainability look like? How is it actually empowering the communities we say we’re building for? I don’t know if those questions have been asked and answered for blockchain.”

In fact, the crypto industry’s relationship with its community seems to be a predatory one. The “we” in “WAGMI” is a small group of predictable players who are getting rich off the risks taken by regular people. Indeed, as of December 2021, .01% of Bitcoin holders controlled 27% of the currency—a far more skewed ratio than for dollar ownership in the US, which is not a flattering statistic to begin with. And because they are not backed by any real asset, cryptocurrencies increase in value as the demand for them rises. When more individuals choose to buy in, VCs and crypto executives watch their own portfolios trend up and to the right. There are plenty of uses for marketing in tech: it can raise awareness of a new technology or help build a user base before monetization. Both those things are happening in crypto. But if marketing persuades enough people to turn real money into crypto coins, it can also literally pay the industry’s bills.

Crypto companies have already made people on their executive teams into billionaires—like Sam Bankman-Fried, the 30-year-old CEO of FTX, who started his short career in traditional finance and is now worth an estimated $24 billion. Bankman-Fried is currently the richest American in crypto, but there were six other “crypto billionaires” on Forbes’s 2021 list of the richest Americans. And that’s only in the US; Binance CEO Changpeng Zhao, who has found a new base in Dubai since China banned crypto, was worth $96 billion at the end of 2021 (but had dropped to $63 billion by the beginning of April). While the Web3 pitch may promise an egalitarian utopia, the current distribution of crypto wealth aligns more closely with late-stage capitalism. “Capitalism is very happy to sell a real product and make a small profit on it,” says David Golumbia, a crypto critic and the author of The Politics of Bitcoin. “But it’s even happier to sell a scam. Never underestimate the power of a lot of money and scam verbiage to persuade a lot of people to do something.” And as more and more individuals buy into the vision the ads are painting, the wealth of those crypto billionaires continues to grow.

“Never underestimate the power of a lot of money and scam verbiage to persuade a lot of people to do something.”

What happens next in regulation will significantly shape the future of consumer crypto. Last year, Facebook shut down its nascent cryptocurrency—Diem, previously called Libra—after serious regulatory scrutiny. It will likely not be the last to go. Federal agencies have recently taken more-aggressive actions against some crypto exchanges for offering what they consider to be unlicensed investment products, and in October 2021, the US Department of Justice established a task force to look into how crypto markets were facilitating illegal activities like money laundering. In March, President Biden signed an executive order directing financial agencies to create a full regulatory strategy for crypto, and like many other nations, the US is looking into creating a regulated digital currency, called a CBDC (for “central-bank digital currency”). These are not cryptocurrencies at all but could offer similar levels of efficiency. Right now, many crypto exchanges try to limit volatility by using private stablecoins—a class of cryptocurrency pegged to a real asset like the dollar. If the US creates a CBDC, it might compete with those coins or even prompt the government to outlaw them entirely. FTX CEO Bankman-Fried himself predicts that the US Federal Reserve’s decisions will be the biggest drivers of the crypto market in the coming months of 2022.

Still, regulation has its limitations, as we’ve seen in traditional banking. With so much money pouring into crypto and so many Silicon Valley power players invested in its success, the industry may find a way to flourish even with serious restrictions. Five years from now, Web3 startups may still be figuring out how crypto can be useful to regular people, but we are all likely to feel the environmental and societal effects of this tumultuous moment for a long time to come. 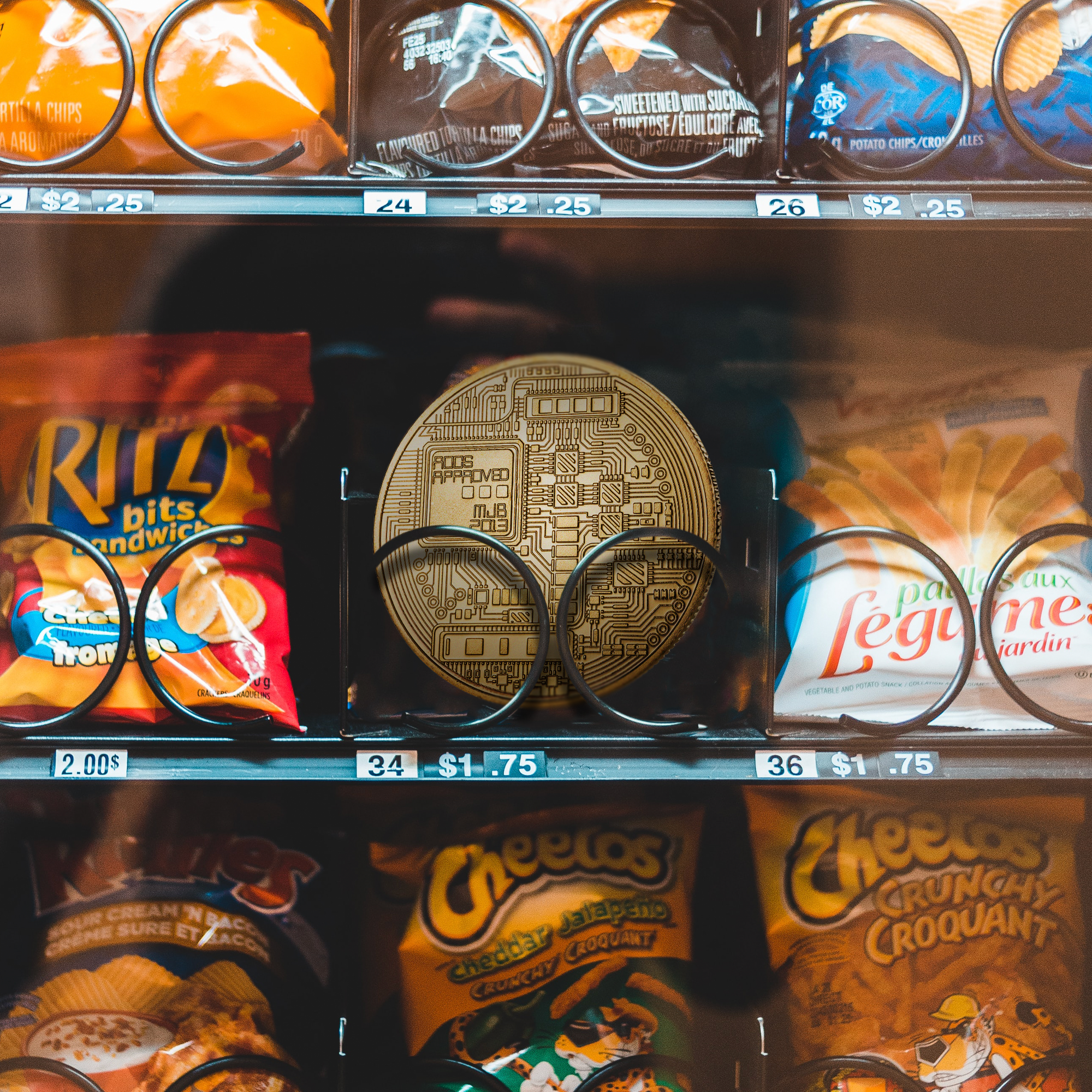 Ripple, a company with more than 500 employees in nine offices worldwide, is one example. Like a much, much larger version of Paymobil’s crypto-powered money-transfer service, Ripple uses its own blockchain token as a bridge between currencies, allowing hundreds of corporate customers, including Bank of America, Santander, and Japan’s SBI Remit, to reduce operational costs caused by time zone differences and manual settlement processes.

Contrary to the radical rhetoric of its crypto contemporaries, Ripple is using the speed afforded by digitized currencies to improve legacy banking processes, not replace them. In line with this reform-not-replace attitude, RippleX general manager Monica Long sees regulation and even CBDCs as a part of the evolution of blockchain for businesses—and finance operations more generally—over the next few years. “Customers and consumers alike will benefit from improved infrastructure, user experience, regulatory clarity, and interoperability as crypto becomes a critical element of the new normal in finance,” she says.

The most industry-transforming use case so far—although perhaps the one with the least sizzle—might be the MediLedger Network and its custodian organization, Chronicled. In 2013, the US government passed the Drug Supply Chain Security Act, stating that by 2023 the pharma industry must create a digital system to track prescription medicine in order to prevent counterfeiting. Health care and the life sciences are notorious for ancient, non-interoperable systems, and the act’s requirements demanded an entirely new way of doing business. Chronicled’s CEO, Susanne Somerville, wondered if a private blockchain—a closed, permissioned system, unlike public blockchains such as Bitcoin—could offer a secure, shared environment in which pharma players like Pfizer and Gilead might work together. After years of working through business rules and goals, Chronicled launched the MediLedger Network, a group of major pharma companies, in 2019. Chronicled provides a range of services for them, like a spoof-proof index of verified product IDs and access to real-time public pricing updates. These narrow solutions may not be what people typically associate with blockchain technology, but they’re critical within pharma. “Almost everyone’s thinking of these super-lofty ideas, and it’s hard to get there,” says Somerville. “But there’s a lot of less sexy stuff that is actually foundational.”

Ripple and MediLedger’s uses of the blockchain could mean safer drugs and faster money transfers for regular people, without requiring anyone to create a digital wallet or exchange coins. As for consumer crypto? If the industry’s deafening pitch for a financial revolution sounds too good to be true, that’s because it is. Until it can offer affordable, everyday uses for new coins and expansive protections against fraud and scams, we are all better off sticking with cash and traditional banking systems than joining the parade of crypto boosters marching across our screens and cities.

Rebecca Ackermann is a writer, designer, and artist based in San Francisco.

Correction: An earlier version of this story said that users can’t pay for purchases on PayPal with cryptocurrency. The story has been updated to reflect that purchases can be made with crypto on the platform, by first converting the coins to fiat currency.