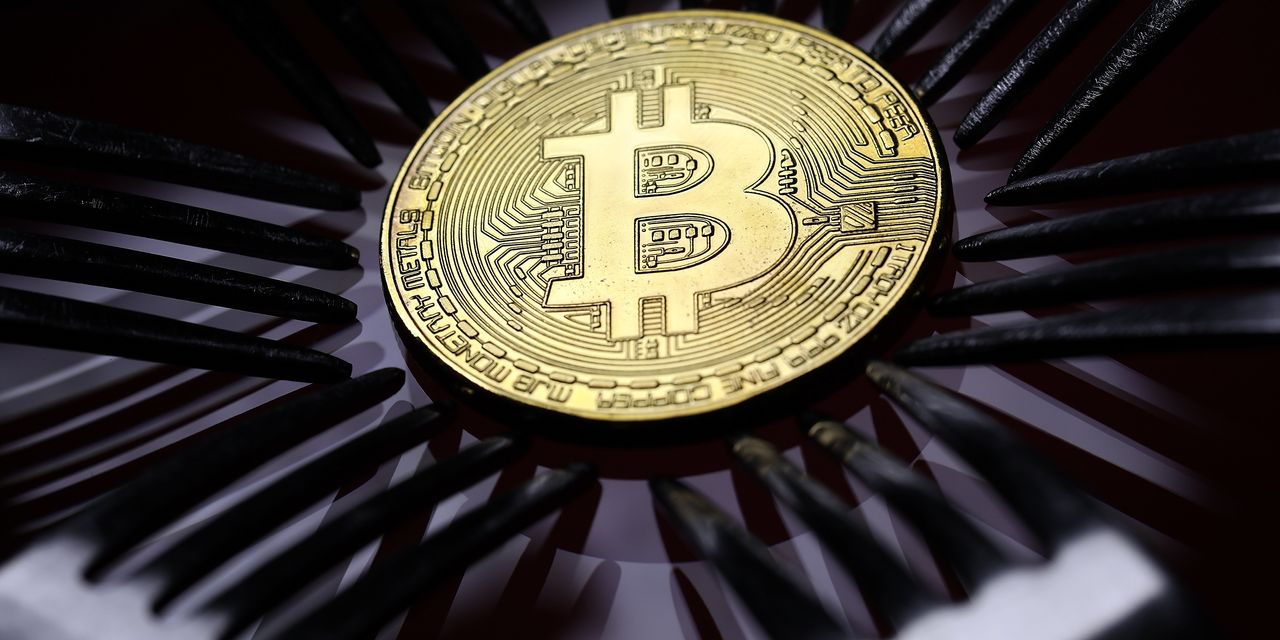 Cryptocurrency like bitcoin BTCUSD, +1.27% and ethereum ETHUSD, +4.07% have skyrocketed in popularity in recent years, and are now traded by both retail investors and big companies like Citibank and Tesla TSLA, -0.52%.

During parts of 2021, the total crypto market cap approached $3 trillion. The crypto craze allowed companies like Robinhood HOOD, +2.82% to see increased crypto trading on its platform, and other brands like Walmart WMT, +0.04% to make crypto purchases accessible in store kiosks.

Prices for bitcoin dropped 18.36% in January, continuing a recent trend for the crypto, as bitcoin opened the calendar year with its worst start in 8 years.

“There haven’t been investors willing to come in to buy the dips like we had earlier in the year, ” Anthony Denier, CEO of trading platform Webull, recently told MarketWatch. “With little new capital coming into the market it’s hard to see when this turns around.”

Some analysts have stated that bitcoin prices could continue to drop as short-term trends for bitcoin still appear bearish.

Russia perhaps added to the short-term fears for bitcoin and other cryptocurrencies, as the country’s central bank issued a harsh report on cryptos, including a potential ban on mining and trading.

Read on: Bitcoin owners expect a rebound to $55,000 in six months, study finds

NFL player Odell Beckham Jr. made headlines in November 2021 when he decided to convert his $750,000 salary into bitcoin. That move and subsequent dip for bitcoin prices cost Beckham a large portion of his salary.

Similar to bitcoin, ether prices slumped in January. Ether prices dropped 25.59% and fell below $3,000 in January, the third straight negative month for the cryptocurrency.

Benchmark Investments CEO Kevin Kelly told MarketWatch in January that ethereum is the crypto to watch in 2022.

“We believe that as the digitization of the world continues to happen, ethereum is the network for that,” Kelly said.

Kelly also believes smart contracts made on ether’s blockchain provide more utility than bitcoin, and that he could foresee ethereum prices overtake bitcoin’s in 2022.

“We absolutely believe” that it can happen this year, Kelly continued.

See also: See how DraftKings, Caesars and the other major sports-betting stocks performed in January

Elon Musk was tweeting about dogecoin once again, saying he would eat a happy meal on TV if fast food giant McDonald’s MCD, -1.03% started accepting dogecoin as a payment option. Tesla accepts dogecoin for some products on its online stores.

Despite slumping prices, crypto careers are on the rise. A new report indicates that crypto-related job offerings jumped 395% in 2021, with cities including Miami, Austin and Denver emerging as new crypto hubs.

See also: How Kobe Bryant made his $600 million fortune — and who is in charge of it now?

There was also news of an alleged crypto scam featuring Kim Kardashian and Floyd Mayweather. The two celebs were accused of making misleading statements surrounding a “pump and dump” crypto campaign with EthereumMax, a company that offers ERC-20 tokens on the ethereum network, according to its website.