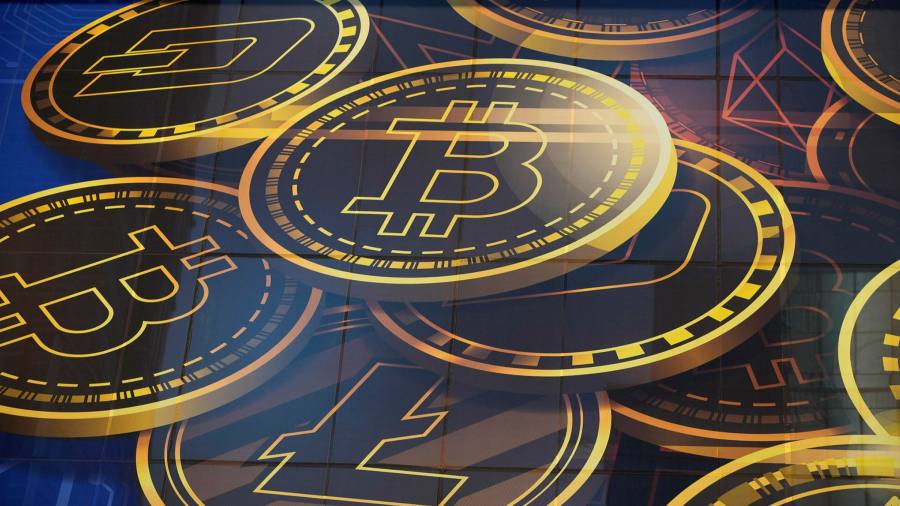 Crypto traders are showing signs of renewed confidence, with the market cap of digital assets rising $280bn in July after a painful sell-off and credit crisis that had scared many players out of the market.

Investment products tracking crypto assets have pulled in just under $400mn since the start of July, racking up the longest run of sustained weekly net inflows since March, according to data from crypto asset management group CoinShares.

“We’re starting to see some bold investors come in [and] take . . . long positions, and people are not adding to short positions now,” said James Butterfill, head of research at CoinShares.

The early signs of a rebound follow a period of sharp declines for the digital assets industry. Bitcoin, the world’s flagship cryptocurrency, fell as much as 70 per cent from its all-time high in November, while the size of the digital asset market tipped below $1tn, down from a November high of more than $3tn.

Falling prices caused the collapse of terra — once one of the industry’s largest stablecoins — and prompted the failure of several prominent crypto hedge funds and lenders such as Three Arrows Capital and Celsius. 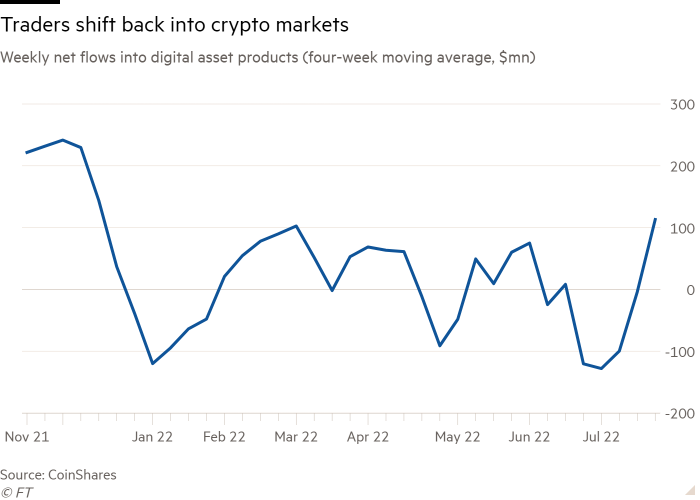 Trouble for the sector also dealt a blow to investment vehicles such as exchange traded funds and trusts, which let investors take a punt on crypto assets without holding the tokens directly, with investors pulling $481mn in June, according to CoinShares.

In recent weeks, the market has shown tentative signs of recovery, as the market capitalisation of the 500 biggest tokens recovered to above $1tn, up 30 per cent in July, and bitcoin’s price hovered above $20,000.

Ether, the second-largest cryptocurrency, has gained roughly 40 per cent in the past month as anticipation built that the token will shift to a blockchain, or digital ledger, that has a lower carbon footprint.

Inflows and improving token prices have boosted total assets under management in crypto investment products back to early June levels of $30bn, according to CoinShares.

However, Charley Cooper, managing director at blockchain firm R3, warned that the recent rally could fizzle. “I think the fact that prices have stabilised in no way indicates an inevitable upswing”, he said.