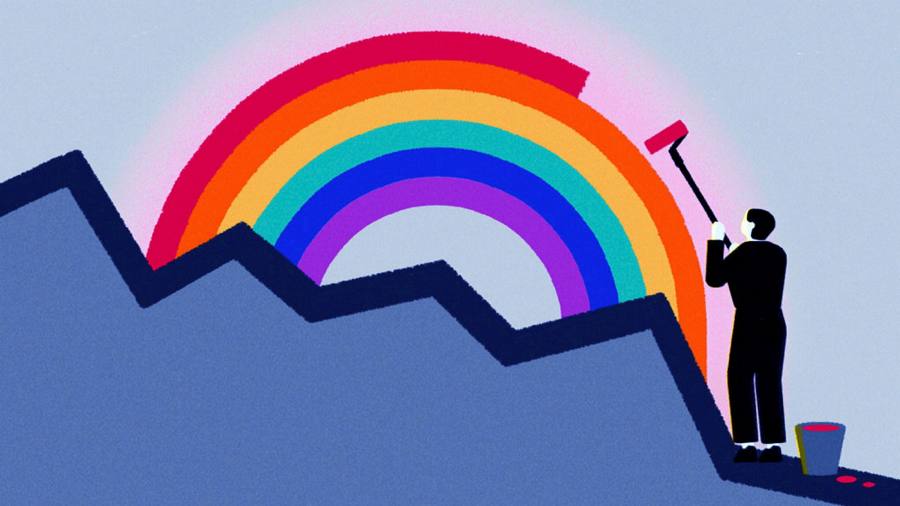 In June, San Francisco held the biggest web3 event that the city had ever seen. “Join the world’s brightest dreamers & doers for a full day focused on web3, dapps, protocols, and the future of the internet,” said the website. “Change is in the air.”

For over six months, the idea of a third iteration of the internet has held the US tech sector in a tight grip. Although it is still theoretical, web3 has been hailed as proof that cryptocurrencies can have real world use. Even in the chill of a crypto winter, the faithful are holding strong.

Web3 evangelists still believe that the future of the internet will be controlled by users. Instead of companies deciding how we interact, online life will be decentralised, meaning users can connect to one another freely. Blockchain technology and cryptocurrencies will allow us to spend and send our money online safely without going through banks and other financial institutions.

The web3 conference in San Francisco, called Graph Day, was a chance to see how that dream was progressing. Held in the Palace of Fine Arts, a vast, Roman-looking rotunda in the ritzy Marina district, it lined up impressive backers. Over $400,000 was up for grabs in a hackathon. Sponsors included digital asset platform Coinbase.

The problem is that Graph Day was dreamt up before the worst of the cryptocurrency crash. Towards the end of last year, the price of bitcoin, the world’s biggest cryptocurrency, hit a new high of $69,000. Hollywood actor Matt Damon was one of the celebrities advertising tokens and crypto exchanges. His TV advert, shown during the Super Bowl, encouraged investors to consider crypto because “fortune favours the brave”. Gwyneth Paltrow partnered with Cash App to give away $500,000 in bitcoin, telling Elle magazine that she wanted to help bring more women to the world of crypto investment.

By June, however, the combination of rising interest rates, fears of recession and constant scams had burst the crypto bubble. Bitcoin had nearly halved in price and was still falling. Dogecoin, a cryptocurrency created as a joke and made popular by Tesla boss Elon Musk, had dropped from a high of $0.52 in early 2021 to $0.07.

But do not imagine that a spectacular crash can dent the tech sector’s self-belief. Never mind that prices were plummeting, the mood at Graph Day was still upbeat. At the party held afterwards the drinks were flowing and the chat was about non-fungible tokens. Instead of swapping business cards, one partygoer offered up his phone with a QR code that linked to his Twitter account, complete with an NFT profile picture.

Cautious voices were few and far between. “Perhaps,” mused one partygoer, “this will be the last event of its kind altogether. But I seriously doubt it.”

It’s easier to brush off a price crash when you insist that the goal is not personal wealth. Web3 and crypto conferences like to promote the idea that crypto is a force for good. Some attendees had recently been at Crypto Bahamas and Crypto Miami — clustering in tropical locations with the likes of Tony Blair and Bill Clinton to congratulate themselves on improving the future.

Any mention of the volatile price of digital tokens is deemed a faux pas. Crypto may have generated riches for some and left many others nursing heavy losses. But the San Francisco web3 conference focused on how blockchain technology could make the world a better place. Freaking out about fluctuating prices is for the stiffs on Wall Street who are only interested in a quick buck and have no knowledge of the tech behind it.

Comparing profits or suggesting crypto might be pure speculation is taboo. So is any mention of criminal activity that uses crypto or the hacks that have left some investors in the red. Right now, this never say die attitude is exemplified in Sam Bankman-Fried, the 30-year-old billionaire who founded crypto-exchange FTX. Known for riding to crypto’s defence, and for wearing shorts and T-shirts to smart events with his curly hair askew, he has stepped in to provide credit or buy up struggling crypto businesses like BlockFi. He is now reported to be eyeing trading app Robinhood.

For believers, there will be more opportunities to profit in the coming weeks. Since Graph Day the crypto crash has continued. Ethereum, the second-largest cryptocurrency, is down 73 per cent from its peak. The share price of Coinbase, which only joined public markets last year, is down 77 per cent this year. When I asked one event-goer how he felt about the dramatic fall in crypto prices, and whether it might put a dampener on future conferences like this one, he said he was just looking forward to buying some more.

This article has been corrected to reflect the fact that the price of bitcoin reached a high last year of $69,000, not $50,000.