“If I’d sold everything, I would’ve had a quarter of a million pounds,” Duncan* says ruefully of the staggering worth of his cryptocurrency holdings at the start of this year.

Like lots of amateur investors, the 47-year-old former primary schoolteacher got into cryptocurrencies in a big way during the coronavirus pandemic, ploughing his life savings into a portfolio that was ballooning in value and that he believed would enable him to get on the property ladder.

However, speaking from his home in Edinburgh, he confesses to having lost almost all of it in the recent digital assets market rout. He is left with a portfolio worth (at the time of writing) about £4,000 – a fraction of the estimated £40,000 he poured in. He remains sanguine: “I’ve got friends who have lost eight-figure sums of money.”

Duncan is one of a growing number of Britons investing in digital assets. At the start of 2021, an estimated 2.3 million people in the UK had crypto investments, according to Financial Conduct Authority (FCA) research published last year that is arguably still the most comprehensive official study of its kind. Clearly the number will have increased since then.

The FCA said then that the profile of crypto investors was skewed towards men over 35 and from the AB social grade, with the median holding at about £300 – suggesting a lot of people had only “dipped their toe in the water” as opposed to investing their life savings.

The study revealed cryptocurrencies had become more normalised, with fewer people seeing them as a “gamble”, and more as an alternative or complement to mainstream investments. While ownership is rising, the FCA study, which predated this year’s global cryptocurrency crash, pointed to a shrinking level of understanding, suggesting some did not fully understand what they were buying.

Alice Haine, a personal finance analyst at the investment platform Bestinvest, says cryptocurrencies are still evolving as an asset class, and are a more speculative investment than investing in the stock market.

“The steep falls seen in crypto values were partly a reflection that it is a market, unlike equities, that is dominated by retail investors,” she says. “With inflation and recession fears growing, many investors liquidated their holdings for fear of further price drops but also to bolster bank balances and savings pots to help them survive the cost of living crisis.

“Any investor considering adding cryptocurrencies to their portfolio must be fully aware that it is a hugely volatile market to be in, with the price often extremely unpredictable.”

As more small investors get involved, the government is changing the law to place adverts for crypto assets under the same rules as other financial promotions such as stocks, shares and insurance products. The move follows concerns about misleading cryptocurrency ads.

Meanwhile, MPs on the Treasury select committee recently launched an inquiry into the role of crypto assets in the UK.

“In recent months the value of most crypto assets has fallen dramatically,” Mel Stride, the committee’s chair, said last month. “We will be investigating the opportunities and risks that crypto presents, where additional regulation may be required, and the lessons the government can learn from other countries.” 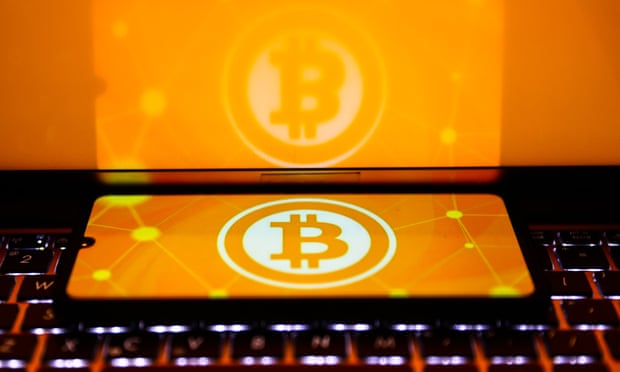 A growing number of Britons are investing in digital assets. Photograph: Beata Zawrzel/NurPhoto/Rex/Shutterstock

Duncan was introduced to bitcoin by a friend in the early 2010s when the value of the cryptocurrency was in the low hundred dollars. He watched as its value took off in 2017, and when it broke through $10,000, he thought: “This thing must be legit. I’ve got to start buying it.”

He had returned to the UK in 2014 after teaching overseas for more than a decade, and found many of his friends had settled down and bought houses.

“I’d been having a fun life and not saving for the future … Crypto was my chance to catch up.”

In 2017 he was investing £100 “here and there” but in 2018, when the market crashed, he stopped. “I was still interested in crypto and the idea that you could control your financial destiny rather than just trying to save cash.”

From 2019 he started to invest more regularly again and, by the following year, he was stashing £400 a month. It was turning into a healthy nest egg. His early investments were in bitcoin and ethereum but in 2021 he got into Luna and owned “2,000ish” coins that, in May, dropped in value from $85 to below $1.

The idea of decentralised finance or “DeFi”, promoted in crypto circles, appealed to a worldview shaped by the 2008 financial crisis.

Even if I had cashed out as late as April, I would have had a quarter of a million Duncan

“You can do things in DeFi you can’t do in the traditional financial system,” Duncan says, giving the example of how easy it was to borrow against crypto compared with the process involved in securing high street credit.

Duncan admits that he stopped maintaining his spreadsheets once he started doing well. “Even if I had cashed out as late as April, I would have had a quarter of a million,” he says. “No one saw it coming. Actually, that is not true. People saw it coming … the bubble I was in did not see it coming.”

The scale of Duncan’s losses was “stressful” and he is back living with his family. “You know there’s various stages of grief or whatever … Denial was definitely one of the stages but then you accept it. All the paper profits I had, they’re gone – that is in the past.”

Now he is “loth to sell anything … Just because if I do, that locks in a loss.”

He is no longer teaching and, despite his devastating losses, remains convinced that cryptocurrencies will rebound – so much so that he is pursuing a career in the industry.

After all, he says, people lose money on the stock market all the time. On social media, popular refrains among crypto investors include “we’re still early” and “WAGMI … We’re all going to make it”.

Duncan adds: “We are still early.”

* Not his real name