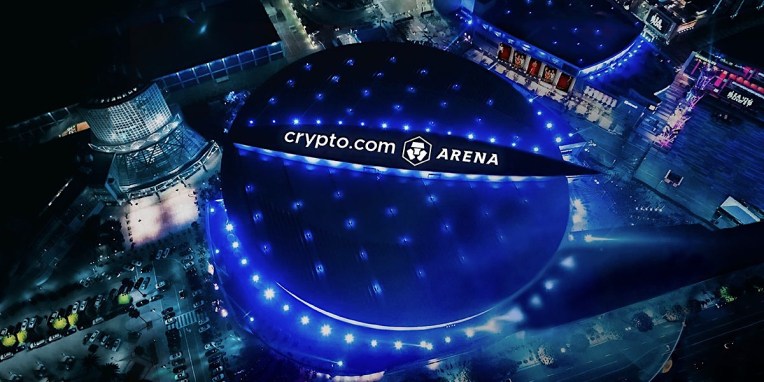 Crypto.com, a popular cryptocurrency exchange, has extended its venture arm’s fund size to $500 million as it looks to more aggressively back early-stage startups to help the nascent ecosystem grow, following similar moves by rivals Binance, Coinbase and FTX.

The broadening of Crypto.com Capital comes less than a year after the Singapore-headquartered firm unveiled its maiden fund of $200 million. The fund, unlike those of many of its rivals, has no LPs (meaning, it’s fully financed by the firm’s balance sheet.)

The maiden fund, whose individual checks run up to $10 million in size, has been so far deployed to back about 20 startups including YGG SEA, multi-chain crypto portfolio tracker DeBank, cross-chain token infrastructure Efinity and Ethereum scaling solution Matter Labs.

Crypto.com will continue to focus on backing early-stage startups, said Jon Russell, who joined the firm as a general partner this month, in an interview with TechCrunch.

With the fund, Crypto.com is broadly focusing on gaming, decentralized-finance and startups innovating on cross-chain solutions. But he cautioned that the industry could change and expand, as it has in recent years, to areas “we don’t know about,” hence the firm is keeping an eye out on everything.

Tuesday’s announcement also further illustrates the growing involvement of cryptocurrency exchanges in being the rainmaker – and beneficiary – of the ecosystem which encompasses the industry in which they operate.

Coinbase Ventures, the investment arm of the only crypto exchange that is publicly traded, and Binance, the world’s largest cryptocurrency exchange by trading volume, are also among the most prolific investors in the web3 space. 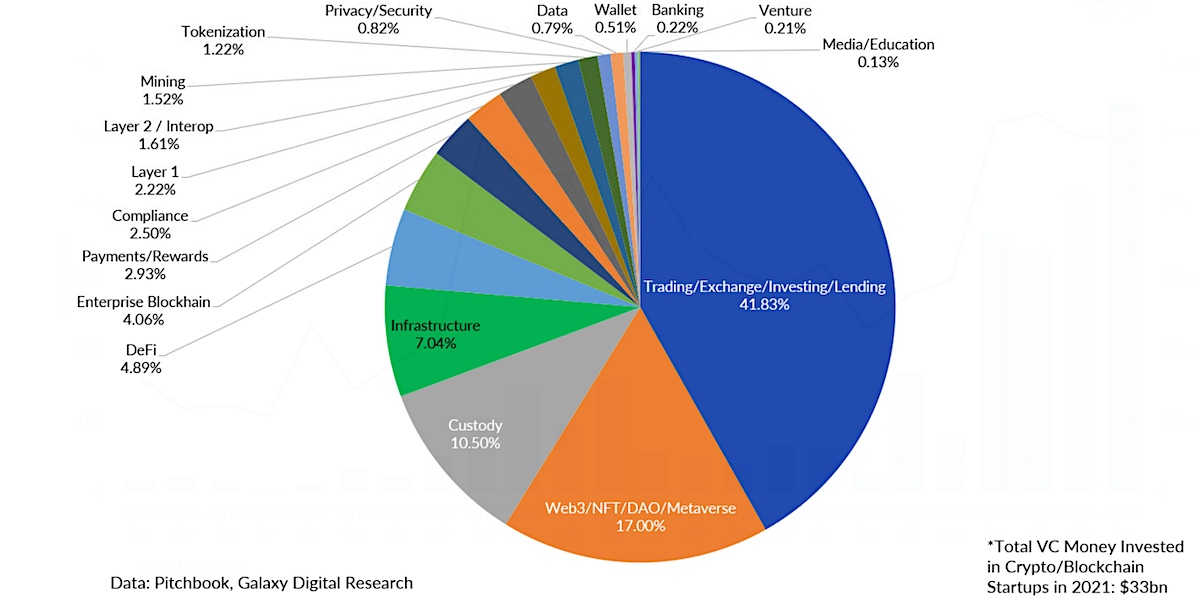 The funding activity in the space, even as most of the aforementioned names often co-invest in startups, is at an all-time high. VCs invested more than $33 billion in crypto/web3 startups in 2021, more than all prior years combined, Galaxy Digital, another prolific investor in the space, wrote in a recent report.

“Valuations in the crypto/blockchain space were 141% higher than the rest of the venture capital space in Q4, highlighting a founder-friendly environment and the intense competition among investors for deal allocations,” the report added.

Russell – a former journalist who previously had stints at TechCrunch, The Next Web, and The Ken – said Crypto.com is backing startups to help the ecosystem grow.

“If you’re in the industry, it’s in your interest to help companies grow in the ecosystem and the ecosystem itself to grow,” he said. (Worth pointing out that Solana, Avalanche, Polkadot — as well as some of their major investors — are also aggressively backing startups that are building applications for the native blockchains.)

The startups Crypto.com backs are under no obligation to list their tokens on Crypto.com over any of its rivals or offer the exchange any other preferential treatment, he said. The exchange team similarly doesn’t have a soft spot for the investment arm’s portfolio firms, he added.

(What’s up with the career move? “I’ve been crypto curious for a number of years but I wasn’t gasping to dive in full-time. This project appeals to me because Crypto.com is ambitious but yet it does things the right way. There’s certainly a lot of hype and hot air in crypto and web3 right now, but it’s impossible to ignore the talent that’s pouring into the industry,” he said.)

Crypto.com, which started its life as a blog of professor Matt Blaze (who sold the domain to the crypto exchange), has aggressively expanded in the past year as it looks to court more users. The Singapore-headquartered firm last year agreed to pay more than $700 million for the naming rights of the Staples Center in Los Angeles. The downtown Los Angeles complex has been rebranded as Crypto.com Arena for the next 20 years.

The firm, which bills itself as the “fastest-growing” crypto exchange, said at the time of the announcement that the move is positioned to make cryptocurrencies mainstream. Crypto.com, which processes trade volumes of over $2.5 billion every day, also teamed up with Hollywood star Matt Damon last year to promote the brand and cryptocurrencies.

The Damon-starring ad equated buying crypto tokens and NFTs to one of the greatest and boldest accomplishments in the history of humankind. Hyperbole, to be sure, but having the most mainstream American actor as Crypto.com’s celebrity sponsor has certainly helped bring the trading platform, and all that it sells, into the mainstream. The ad went viral and also attracted criticism for being cringeworthy.