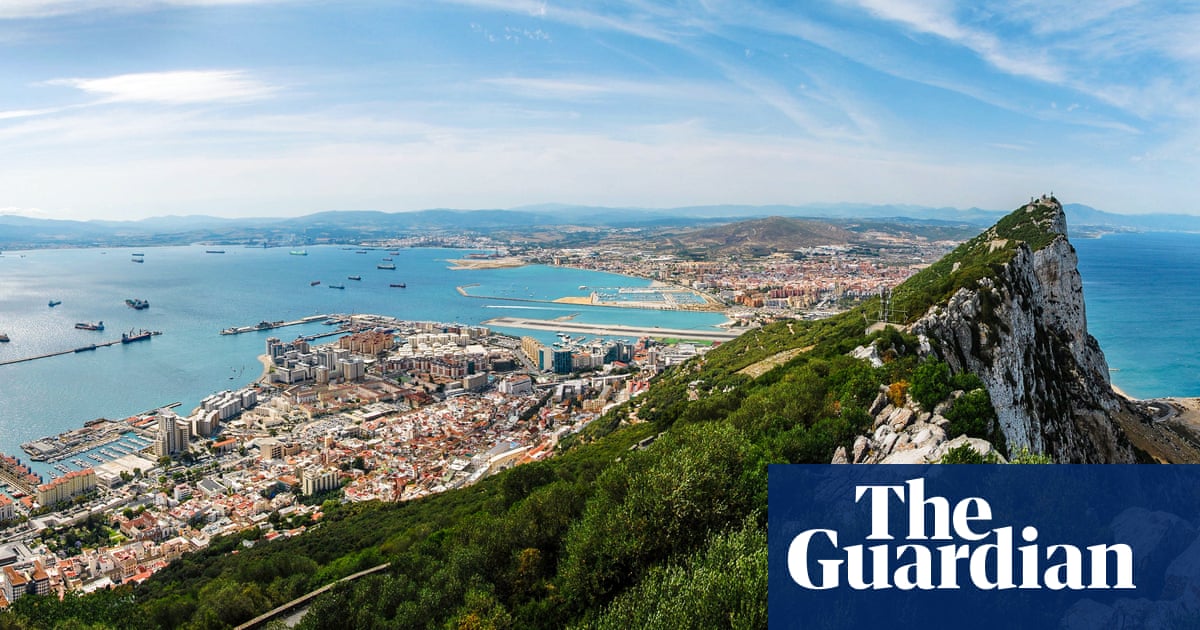 On the southern Mediterranean coast, nestled in the shadow of the Rock’s sheer limestone cliffs and its tangle of wild olive trees, the Gibraltar Stock Exchange (GSX) is quietly preparing for a corporate takeover that could have global consequences for the former naval garrison.

Less than half a mile away, next to the blue waters of Gibraltar’s mid-harbour marina, the peninsula’s regulators are reviewing a proposal that would prompt blockchain firm Valereum to buy the exchange in the new year – meaning the British overseas territory could soon host the world’s first integrated bourse, where conventional bonds can be traded alongside major cryptocurrencies such as bitcoin and dogecoin.

It is a bold move for a territory of just 33,000 people, where the financial sector – which accounts for roughly a third of Gibraltar’s £2.4bn economy – is overseen by a regulator staffed by 82 employees. If all goes to plan, the enclave could become a global cryptocurrency hub; if the controls set by the small team of regulators fail, it risks reputational damage and ultimately diplomatic sanctions that could threaten its economy.

While countries including China and the UK have either banned or openly warned against investments in crypto assets, Gibraltar has bucked the trend, having committed to formally regulating cryptocurrencies in an attempt to future-proof the territory’s status as a financial hub.

It comes as Gibraltar struggles to shake off a reputation as a global tax haven, with the government having sued a Spanish newspaper in an attempt to restore its global standing.

Albert Isola, Gibraltar’s minister for digital, financial services and public utilities, says that while Gibraltar was a tax haven 20 years ago, the territory has now overhauled its tax and information sharing policies. The introduction of crypto regulation is having a similar effect: rooting out bad actors and providing assurance to investors, he says.

“If you wanted to do naughty things in crypto, you wouldn’t be in Gibraltar, because the firms are licensed and regulated, and they aren’t anywhere else in the world,” Isola says.

Gibraltar’s regulator has so far approved 14 cryptocurrency and blockchain firms for its licensing scheme, attracting the attention of ex-Sirius Minerals chairman Richard Poulden, who chose Gibraltar for Valereum’s crypto-exchange project. Valereum, he says, is trying to harness a cryptocurrency sector that is worth roughly $3.5tn (£2.6tn) – roughly the combined value of all companies listed on the London Stock Exchange.

Poulden is the chairman of Valereum, which is based in Gibraltar and focuses on providing technology for linking mainstream conventional currencies such as the pound and the dollar with crypto assets.

It will be a major task to overhaul an exchange that is currently staffed by only three employees, and will require a change in Gibraltar’s regulations to govern how crypto is going to be traded on the GSX. But Poulden says his firm is leaning on technology, rather than people, to weed out any bad actors.

He says running anti-money laundering checks on cryptocurrencies is “not vastly different from running it on currency from any any other source. And indeed, in some cases, because you can trace back through the blockchain and see exactly where that money has come from, it can actually be substantially easier than trying to find where a block of funds in a bank has come from.”

Other countries will be watching closely. Neil Williams, London-baseddeputy head of complex crime at Reeds Solicitors, ssays: “If it’s a success, you’d certainly think that other jurisdictions would look to follow, because it’s an ever increasing valuable commodity.”

However, experts have warned that Gibraltar could face sanctions by countries such as the US if its regulators end up giving legal approval to crypto firms that – even inadvertently – give a pass to money launderers, black market criminals or kleptocrats who prefer the anonymity of crypto assets.

It comes amid concern at major global financial regulators, including the Bank of England, over the rapid development of crypto assets and the potential consequences for consumer and investor protection, market integrity, money laundering and the financing of terror groups.

“It could enable or facilitate money laundering, sanctions evasion, terrorist financing, so everyone’s wary of that as well,” says Charlie Steele, a partner at forensic accounting firm and consultancy Forensic Risk Alliance and a former US justice department official.

“Regulators worldwide, almost all of them really, are approaching it from a position of deep scepticism … so it’s a little outside that strain of thinking for a country to welcome them in to buy a stock exchange.” .

A month before Valereum announced its bid for the GSX in October, the head of the US Securities and Exchange Commission, Gary Gensler, declared that as an asset class, crypto was “more like the wild west…rife with fraud, scams, and abuse in certain applications”, raising further concerns over the possibility of criminal funds seeping into the mainstream financial system.

Lax anti-money laundering (AML) controls have resulted in jurisdictions such as Malta being grey-listed by the world’s money laundering and terrorist financing watchdog (FATF), for lacking basic financial safeguards. It could seriously damage Malta’s economy and has been a stark warning for other countries and territories that might be tempted to let regulations slip.

Meanwhile, Singapore has had to U-turn on its approval for the standalone crypto exchange Bitget. It suspended the exchange earlier this month for promoting a digital currency involved in a high-profile dispute over branding, having used an unauthorised image of K-pop band BTS to allegedly maximise its profits.

“If this starts to look like everyone ran to Gibraltar to get away from real regulators, it’s going to not go well for them,” Steele warns.

If anti-money laundering or sanctions rules are broken or evaded, “there’s lots of things they could do, and lead internationally through the FATF, to make things hard on Gibraltar. You’ll see that the FATF can impose all kinds of measures, which will require its members to put limits on business with that country,” he adds.

But Gibraltar insists that it has welcomed crypto firms with its eyes wide open, having consulted on its regulation for the sector for four years before introducing it in 2018, helping it to secure a reputation as “Blockchain Rock”. By filtering through and licensing firms, says Isola, they weed out bad actors.

“I don’t understand how there can be any increased risk in Gibraltar, when you can go to any other European country today and run exactly the same business without being supervised, without being licensed, and without being regulated. So how can we be more exposed by regulating them? It’s completely the opposite,” Isola says.

He stresses that the country’s regulator has approved applications for only 14 firms over three years, a number that he claims speaks to the rigours of the licensing scheme. “It’s hardly a gold rush,” he says.

“The knee-jerk reaction for any commentator when it comes to blockchain-based innovations – particularly when it involves a small jurisdiction like Gibraltar – is ‘Oh my God, risk, alarm and all the rest of it,’” says Tom Keatinge, director of RUSI’s Centre for Financial Crime and Security Studies.“I do think it’s very important to understand the capacity of the jurisdiction before jerking knees, and the reason I say that is because of all the small jurisdictions on the planet, the one that has invested the most time and effort in understanding the opportunity posed by blockchain is Gibraltar.”

The Gibraltar Financial Services Commission declined to comment on the Valereum deal.