The total crypto market capitalization has been holding a slightly ascending trend for the past three months, and the $1.75 trillion support was most recently tested on April 27 as Bitcoin (BTC) bounced at $38,000 and Ether (ETH) at $2,800 on April 27. 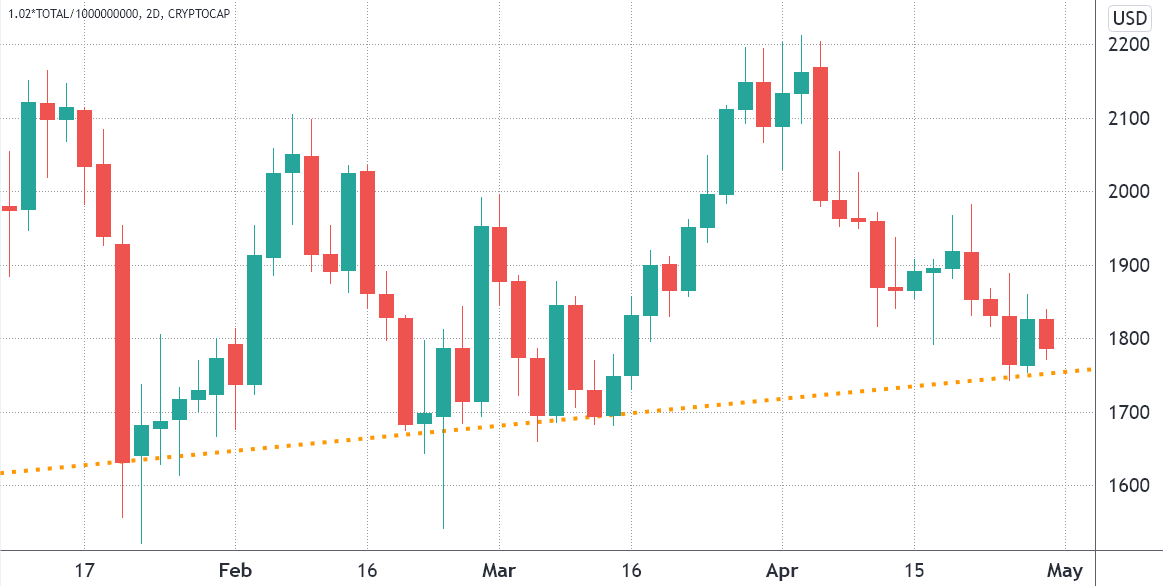 The crypto market’s aggregate capitalization showed a 3.5% decrease in the last seven days. Meanwhile, notable losers were an 18.8% loss from Ripple (XRP), a 10.2% loss from Cardano (ADA) and a 9.7% drop in Polkadot (DOT) price.

Analyzing a broader range of altcoins provides a more balanced picture that includes 25% gains from some gaming and metaverse projects in the same time period. 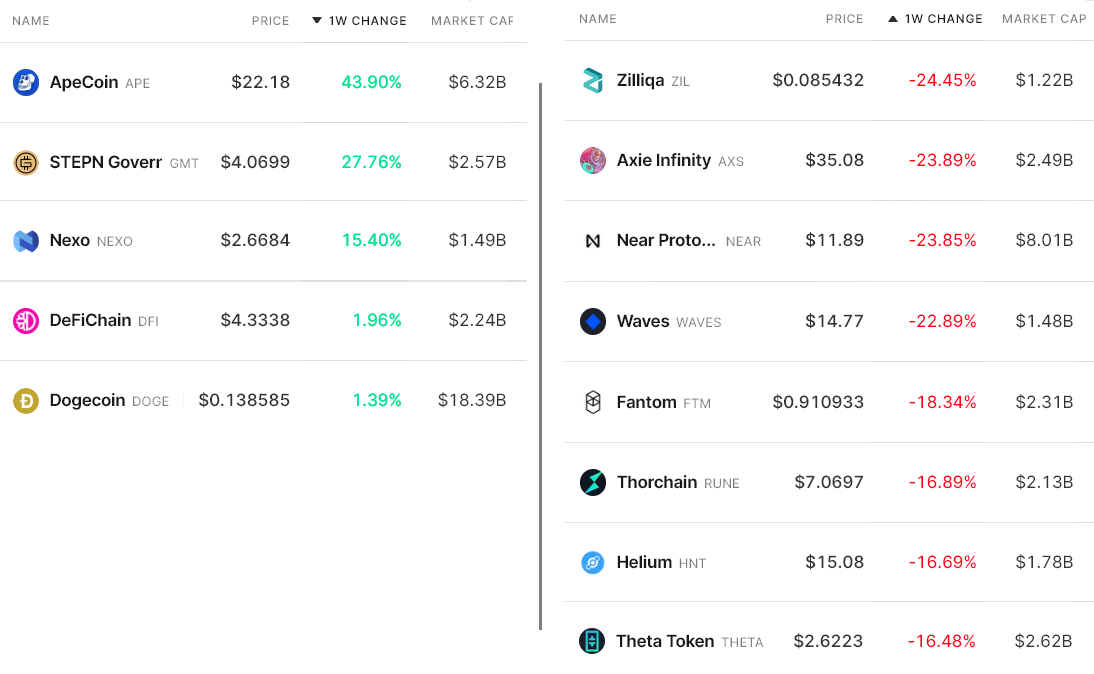 Weekly winners and losers among the top 80 coins. Source: Nomics

Apecoin (APE) rallied 44% due to the upcoming Otherside metaverse land auction scheduled for April 30. The Otherside is being developed by Yuga Labs, Animoca Brands and the Bored Ape Yacht Club nonfungible token (NFT) team, and NFT investors have high expectations for the project.

Nexo gained 15% after crypto and derivatives exchange Binance announced its listing on April 29. Nexo also revealed plans to issue a credit card that accepts crypto as collateral rather than selling the holders’ assets.

Zilliqa (ZIL) price has been adjusting after the token pumped 380% in late March, and this follows the project’s March 25 announcement of a metaverse service that will utilize Nvidia technology.

Meanwhile, data from DappRadar shows that the play-to-earn unicorn, Axie Infinity (AXS), plunged to its lowest level in nince months after the number of users and transactions declined by 15% over the last 30 days.

The Tether premium shows lack of demand from buyers

The OKX Tether (USDT) premium gauges China-based retail demand and it measures the difference between the China-based peer-to-peer trades and the United States dollar.

Excessive buying demand puts the indicator above fair value at 100%. On the other hand, Tether’s market offer is flooded during bearish markets, causing a 4% or higher discount.

The OKX Tether premium peaked at 2% on April 28, its highest level in 2022. The movement coincided with Bitcoin breaking above $40,000, but its price reverted later that day. Currently, the Tether premium stands at 0%, signaling a neutral sentiment from retail traders.

Perpetual contracts, also known as inverse swaps, have an embedded rate that is usually charged every eight hours. Exchanges use this fee to avoid exchange risk imbalances. 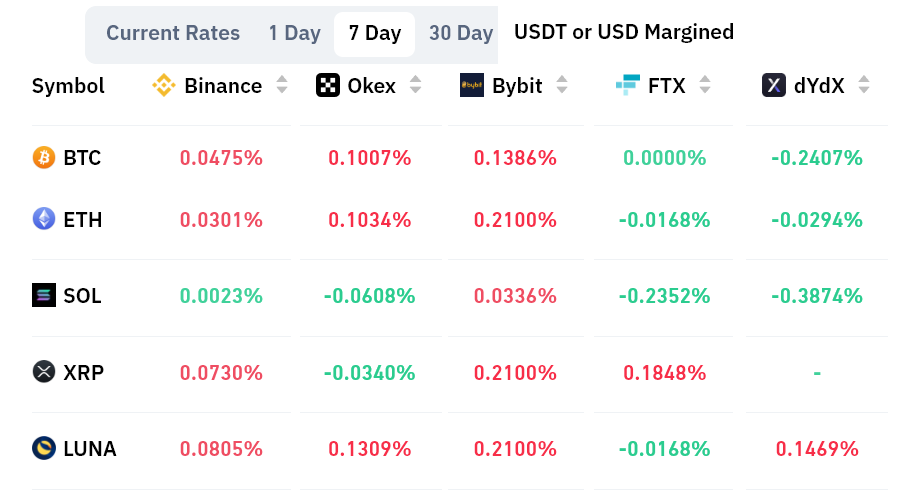 As shown above, the accumulated seven-day funding rate is slightly positive for Bitcoin and Ether. Data indicates slightly higher demand from longs (buyers), but nothing that would force traders to close their positions. For instance, Terra’s (LUNA) positive 0.15% weekly rate equals 0.6% per month, which should not concern most futures traders.

The absence of the Tether premium in Asia and the flattish perpetual contract premiums signal a lack of demand from retail traders right as the total crypto market capitalization struggles to sustain the $1.75 trillion support.

The views and opinions expressed here are solely those of the author and do not necessarily reflect the views of Cointelegraph. Every investment and trading move involves risk. You should conduct your own research when making a decision.